Now that I am raising my own children, I am dedicated to making sure that they experience as much as I can possibly fit in with the time I have as well. Aside from gas, there are many opportunities available for wonderful yet free or cheap experiences. END_OF_DOCUMENT_TOKEN_TO_BE_REPLACED

“So come get ready, don’t delay! We’re on a nature tail today.” ~Maurice Pledger, from In the Forest Last Sunday we made a trip up to Lake Ontario to a place I worked as a Dune Steward the summer of ’04. … END_OF_DOCUMENT_TOKEN_TO_BE_REPLACED

It has become apparent to me that to be successful trying to homeschool Paul around my full-time job, I need to plan ahead. I have a boxed curriculum and a parent guide, but those things only get me so far. … END_OF_DOCUMENT_TOKEN_TO_BE_REPLACED

This has been another very tough week for me.  2015 seems to have started off pretty peace-less rather than peaceful.

Chepe and I were having a serious ‘moment,’ what I call our times of arguments and problems.  Our moment was so distressful that I was seriously considering the Big D.  A willingness to communicate and lay out our thoughts and needs has helped us come back from the edge, though we still have lots to work on.  Every marriage has issues to work through, ours is no different; luckily peace is something that you search for within yourself and does not necessarily sprout from an outside source.  I have looked inside of myself to my own strength, as well as to my kids and my love for them, and my family who is my rock.

Worrying about the prospect of divorce and the idea that I would suddenly go from being a 100% stay-at-home-mom to a single parent needing to be the sole provider (there were some assumptions in there), and thus most probably unable to homeschool next year, really drove me into it this week – to not take for granted the time I have to watch Elizabeth learn, nor to enjoy Paul while he is still so little.  This week, we started a calendar book, wrote our own poems and made them into glitter posters, started playing word construction, and dressed up as ‘fine ladies.’

One highlight of school this week was playing ‘Find the Glow-in-the-Dark Firefly’ in the dark for an hour one night with the kids.  We had all the lights off in the house, except for the outside lights since Chepe wasn’t home from work yet.  The kids thought it was super fun, and even Paul got into looking for the firefly.  How often do you shut off all the lights and play in the darkness? 🙂

The other highlight for the week was going birding Wednesday.  Before our ‘moment,’ Chepe and I had all ready been planning to go looking for snowy owls, as they are this far south this time of the year, and our next unit for school follows two books about owls.  Birding is an activity that Chepe and I did a lot while we were dating and newly married, and was probably one of the best things to do together to try to get back on the right track. 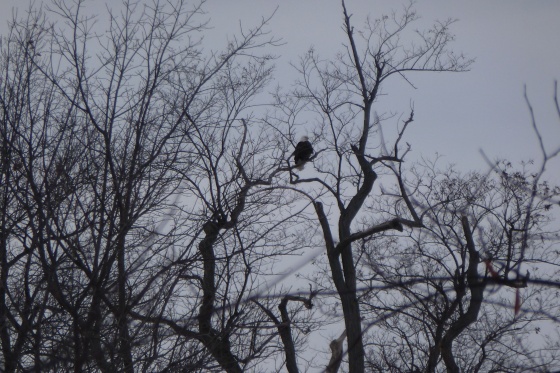 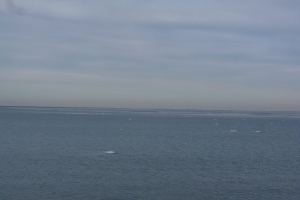 Wednesday morning, I searched the internet for snowy owls in our area and found two accounts of the birds being seen the previous day.  So, we headed out to do some drive-by-birding.  At the first location, we didn’t see anything, so then went to get some lunch and make a stop at the DMV.  Then, we drove up to Sodus Point, NY, on Lake Ontario, where an owl sighting had occurred at the Coast Guard Station.  I wasn’t sure where that was, so we went to the lighthouse museum first.  There, we saw a bald eagle in a nearby tree when we stopped.  Unfortunately, Elizabeth didn’t see it even though it sat in the tree for quite a while because she took soooo long getting her snow clothes on that it had flown off by the time she got out of the car.  Then, we wandered around the lighthouse and looked out at the lake.  There were some floating pieces of ice and snow which were pretty interesting, but no owls.  I had put Paul in his stroller because I was afraid that he would walk off the cliff, but after riding in the car all day, he couldn’t handle that, plus it was also so cold that we were just going to leave, when Chepe looked up and saw a large, silent, white bird flying past – it was the snowy owl!!!!  Even Elizabeth saw that one!  After our elation, we packed up and drove over to the Coast Guard Station for a moment, where we saw some tundra swans and other waterfowl in the channel. 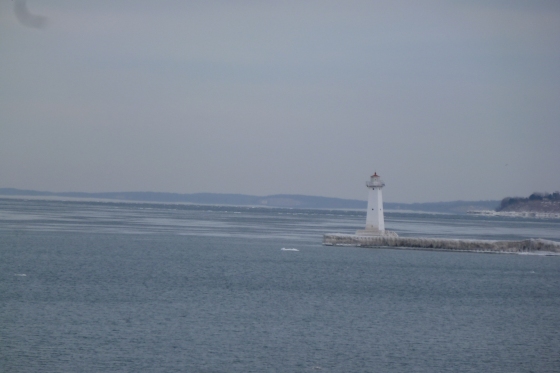 It was a hard week, yet one that pulled me back from taking our homeschool and being able to be home with the kids for granted.  It also inspired me to continue to try to squeeze school and creative activities in even when Paul won’t take a nap, and to encourage learning all of the time.

Share your thoughts:  What was a time in your life that rekindled your appreciation for your own homeschool?